PrtScn SysRq is the key you can press to capture screenshots in Windows. In addition, you can also capture shots with the Snipping Tool, which is more flexible. To further enhance the Print Screen capture key, add Greenshot to Windows XP, Vista, 7 or 8.

Greenshot is a software package that gives you three extra hotkeys to capture screenshots with. You can save the Greenshot setup wizard by pressing the Download button on this page. Then open the setup wizard to install and launch the software. You’ll find a Greenshot icon in the system tray, circled red in the shot below, when the software is running. 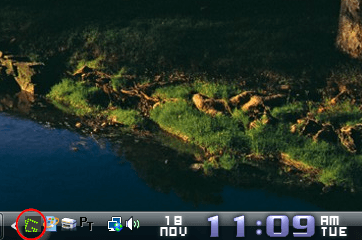 That has replaced the full-screen capture of the original Prnt hotkey. Now you can capture full-screen shots by pressing Ctrl + Prnt. That will open the menu in the shot below from which you can select a software package to open the shot in or save the image. 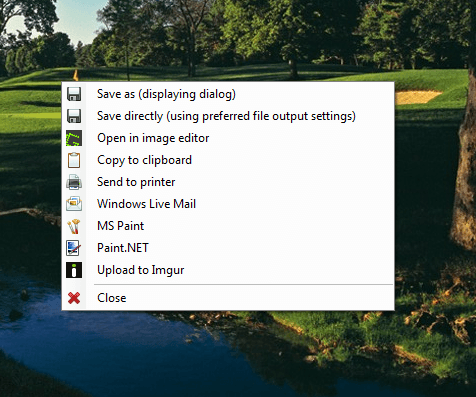 You can also press a capture last region hotkey. That will merely capture the last, or most recent, active area of a window. Press Shift + Prnt to capture the last active region.

To capture a full window, without taskbar included, press Alt + Prnt. A green box showing the area of the window then opens. Press the Return key to capture the window, and save it by selecting Save as.

Alternatively, you can select to open the shot with Greenshot editing tools. Select Open in image editor to open the window below. That includes numerous options to edit the shot with such as highlighter, arrows and text boxes. 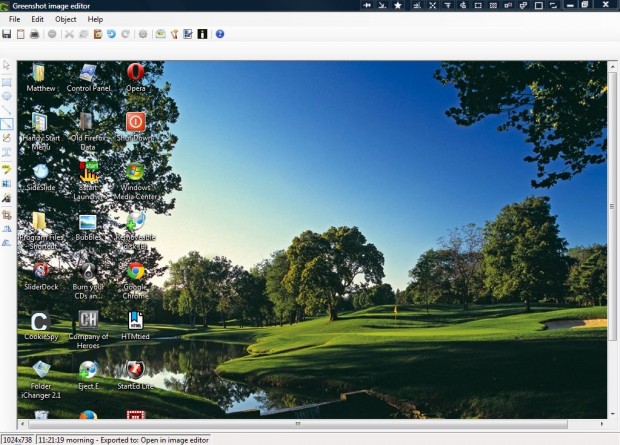 So now you can capture smaller regions of the desktop and remove the taskbar from shots without the Snipping Tool. In addition, the software also gives you a greater number of options for annotating shots than the Snipping Tool. Check out the Greenshot website for further details.