As I’m sure the Apple fanatics among you already know, the next-generation of wearable tech in the fruit companies long list of devices is soon to be the Apple Watch after it’s release date comes and goes. We’ve already seen the launch date of last years Apple event. However, it’s been an usually slow process since then leading up to the release.

The one knock-back the new range of wearables from Android and Apple, as well as many other companies such as Qualcomm, is that they are too expensive. It’s an interesting argument considering they are priced roughly around what you would pay for a standard watch with two hands. Nonetheless, a quick look around the web will tell you it’s a price people aren’t willing to pay. Furthermore, new research out this week suggests that over 50% of people across the United States think the Apple Watch is over-priced. 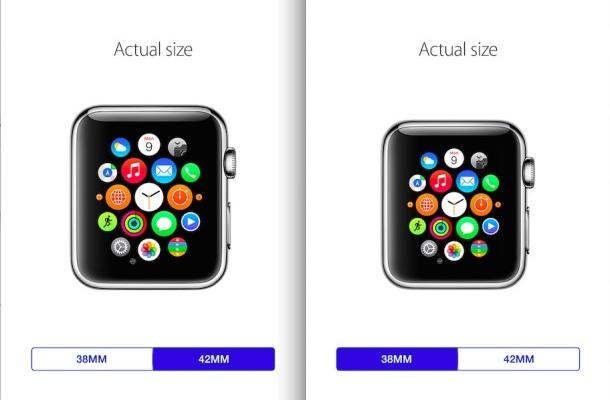 One way to help you choose whether you want to fork out the money to buy the Apple watch is having a good look at it before you buy. Unfortunately, nobody is going to let you try before you buy unless you want to slap the watch on your wrist a few seconds before saying yes or no at the shop. However, there is a way people online can get the life-like scale of the Apple watch face on the displays of their iPhones. We’ll show you how to do that after the jump.