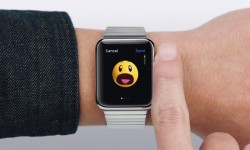 The Apple Watch is the latest craze to come out for the fruit company and so far it’s having more success than many were anticipating. Many popular website editors and CEO’s labelled it as nothing more than a fad, but recent sales reports are suggesting it’s anything but a gimmick. If you are one of the many people falling in love with Apple’s smartwatch, you might be wanting to learn how to install or uninstall apps on Apple Watch. Here’s how to do that:

You will need the iPhone you have to work with the watch and the Apple Watch to complete this task. Make sure both iOS devices have enough battery power to see through the exercise without them shutting down.

HOW TO INSTALL/UNINSTALL APPS ON APPLE WATCH