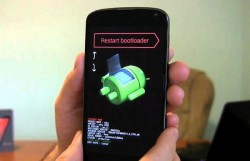 If you are into hacking, modding or you have just had a major problem with your OS, you might have had a bad run-in with a factory reset and it wiping “all” of your data. While it may seem all your data was erased during the factory or hard reset, that’s not actually the case. Most people would love a factory reset so their OS runs smooth again whilst leaving all the personal data still there such as phone contacts and pictures. However, some people who wish to remain completely anonymous, especially after giving their phones away to someone else, prefer to completely wipe everything off the smartphone that a factory reset doesn’t do. Here’s how to do that:

Manufacturers don’t provide software that’s capable of completely wiping the flash storage. Devices with built-in encryption are not safe from leaving behind data. The decryption key is still in place after a factory reset. The key does remain encrypted, but a seasoned hacker could have access within just a few days.

The research suggesting that all data is not wiped comes from studies done on older operating systems. Extensive research hasn’t been done on the most recent operating systems such as Android Lollipop. That doesn’t mean the same problem doesn’t exist, it just means we cannot be sure.

The problem lies within the tokens. A token is like having a key to a lock and once that lock is opened, your data comes flooding out. Once that token is recovered, the users data is no longer safe and locked away. Experts tell us that these tokens have a habit of reappearing no thanks to a re-sync unless you take one of the options below.  A re-sync means all your photos stored in the cloud, emails, contacts and more can be recovered.

1. You must encrypt your smartphone with a strong password that is randomly generated so it’s constantly changing.

3. You can’t use an app from Google Play to fill the flash storage with data because a Google token would be registered on the device once again.

4. If all else fails, just destroy the device. Problem solved.