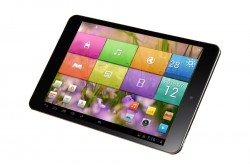 The following post will guide you through the steps on how to root Haier Pad Mini (Pad-D85) running any software version that it has available, ranging from Android 4.3 Jelly Bean through to Android 4.4.X KitKat. We don’t predict this mobile device gets Android 5.0 Lollipop, but if it does, it will likely work for that also. The great news is that you can always give it a try at least, using this rooting method because you cannot brick the device. When trying to root Hiaer Pad Mini, the KingRoot tool will either tell you there is a working rooting method or there isn’t. That eliminates any chances of clicking a button that would have otherwise bricked down your internal system.

The beauty of using KingRoot to root Haier Pad Min is that you don’t need to be an advanced Android user. Since the app will let you know if it can root the device or not after you tap the ‘Try to Root’ button, you cannot accidentally brick your device. There is no going forward with the attempt to root the internal system of the Haier Pad Mini unless the KingRoot tool says it’s possible. That means it takes away any chance of human error, whereby we would normally go ahead with rooting when we shouldn’t.