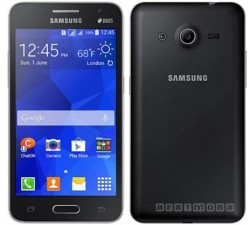 If your Samsung Galaxy Core 2 Duos smartphone is suffering from any soft-brick symptoms like bugs, boot loops, lags, battery drain, force close, screen freeze or total blackouts, you likely should seriously consider downgrading to the stock Android operating system. You see, by downgrading and running the stock Android OS, you can run the fresh software update on your device and essentially wipe the old version. Since many of the problems you were facing were to do with the old operating system, you should no longer have that problem after the downgrade. That’s just one of the reasons a person may wish to enter download mode on Samsung Galaxy Core 2 Duos smartphones.

Although what was just said sounds like a serious reason to need to boot into download mode on Samsung Galaxy Core 2 handsets, there are some reasons that are more for fun, like getting root access or installing a custom recovery on your device. Similarly, some of you might already have root access and therefore automatic over the air updates are not a great idea. Instead of updating automatically, you will want to connect the Samsung Galaxy Core 2 Duos smartphone to the computer and update manually with a tool like Odin — or anything in the future that might arrive that’s similar to Odin. While the tools might change in the future, the official download mode attached to our devices will probably not change.