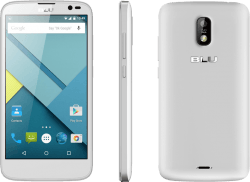 These are the guidelines to unroot Blu Studio G smartphones using the KingUser app that comes as part of the KingRoot bundle.

As we said earlier, those of you who might have rooted sometime in the future using a different rooting method cannot follow this guide. The above steps only work for those who have installed the KingRoot application on their handsets.

If you are struggling to work out a way in which you can unroot the Blu Studio G smartphone because the method you used doesn’t have any obvious ways to unroot, you should have no problem flashing a stock ROM back on the device. By flashing a stock ROM you are always going to unroot the device. Furthermore, flashing a stock Blu Studio G ROM manually using a flash tool and a computer is always safe. The same cannot be said for anyone who has root access and is accepting an over the air notification for a software update. Generally speaking, you want to be flashing that root away manually and not with an OTA update. Once you are running the stock ROM, you can accept those OTA notification again safely in the future with any updates.