Starting in Windows 8, Windows Store apps has become a very important component not only for the OS but also for Microsoft’s strategy. It’s a way to get Windows into the world of touch-based apps. In Windows 10, Microsoft pushes it further with the Universal App Platform (UAP). Apps from Windows Store can now be developed to run on Windows desktop, mobile, Xbox, and even HoloLens with little change in code. For general users, Windows Store is the only place to download apps. But there are many businesses build their own apps and of course they’re not available on the Store. To help you install apps from outside the Store, Windows 10 has a function called sideload apps.

Just like most traditional desktop programs, Windows Store apps need to be installed to the system so you can use them. The package to install Store app is called “AppxPackage” because it often has .appx extension. You won’t need to sideload apps too often unless you want to install something that are not on the Store such as company apps or discontinued apps.

And before enabling apps sideloading, you must know that it will increase security risks on the system. It’s because that any app that is not from Windows Store is not certificated by Microsoft. That means they can be malicious and harmful.

So here’s how to enable apps sideloading: 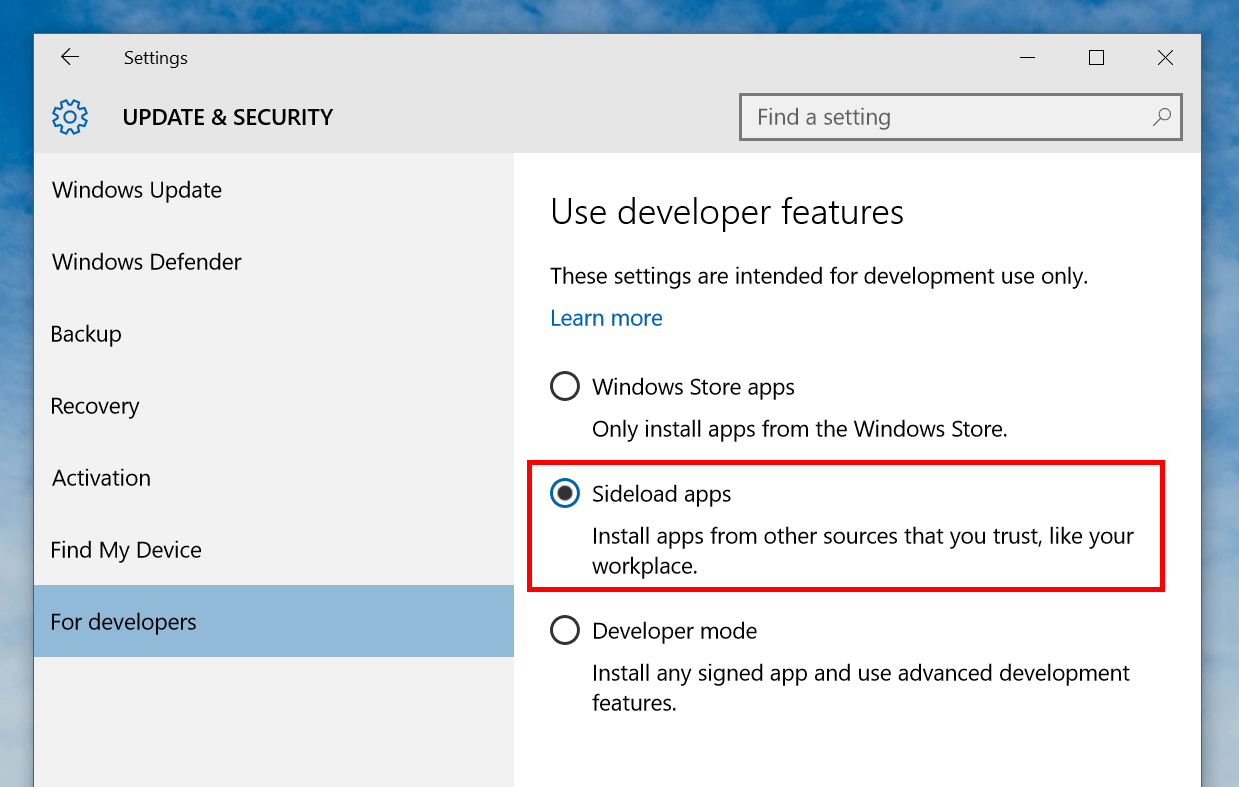 Then you’re done! As you see, there are other options in “For developers” section. If you’re interested in them, go to the link below to learn the differences between these options.