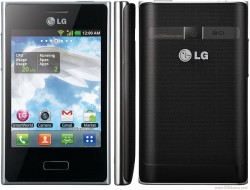 Rooting your LG L3 smartphone with the model number E400 is like giving it Sudo permissions on a Linux computer. Running the Sudo command is like giving your computer administrator permissions so you have full control over the operating system. With the way Android is designed, delivering a new device without the administrator permissions is best for most users since Android is based on Linux, which is known as being insecure for people who do not know how to use the internet. Even though Linux is known as being less secure, it is also known as the operating system to use for many geeks. Like Linux, Android is also known as a cool operating system and many prefer to use it with its open system to reap the rewards of that openness and its power.

These are the guidelines to root LG L3 E400 on Android 4.3 Jelly Bean:

Finish your rooting by opening the Google Play Store once more time and installing any version of the root checker app. The ‘Basic Root Checker‘ is the most popular version since it’s free.  You can take it up a notch and install the paid version that comes with some added features.