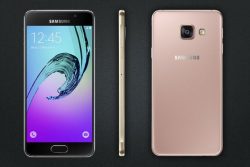 Android has something called the root user account, but it’s tucked away so nobody can touch it until they choose to unlock it. Android feels it is best that way so everyone can use the operating system as safely as possible and anyone who is savvy enough to know what root access even is can unlock it when they choose to do so. Having the Android operating system rooted is necessary for developers, but it is also a requirement if you want to use any of the thousands of additional apps that are available from the Google Play Store and other websites online. These apps can do great things but before they can do anything they need to have the power over the operating system to do so. With Android and the Linux kernel, in particular, we call this root access or access to the root user account.

HOW TO ROOT SAMSUNG GALAXY A3 SM-A310N0 RUNNING ANDROID 6.0.1 MARSHMALLOW USING THE CF-AUTO-ROOT TOOL BY CHAINFIRE

In conclusion, that is how to root Samsung Galaxy A3 SM-A310N0 smartphone running on the Android 6.0.1 Marshmallow software updates by flashing the systemless root version of the CF-Auto-Root tool that no longer requires you to download the stock ROM or visit the SuperSU app to unroot. Instead, you can get it done by taking the hard reset from the recovery Mode.