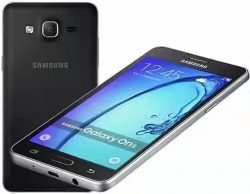 By choosing to root the Samsung Galaxy On5 SM-G550FY smartphone you are opening the doors up for the root user account which is always there in Android but the Android developers take it away by choice. There is nothing wrong with gaining rooting rights over the operating system; it is just easier for Android to block it automatically and those who need it can follow a guide like this one to make it happen.

The following demonstrates what you need to become the root user on the Samsung Galaxy On5 SM-G550FY smartphones when running on the Android 6.0.1 Marshmallow software updates.

In conclusion, that is how to root Samsung Galaxy On5 SM-G550FY smartphones running on Android 6.0.1 Marshmallow software updates by flashing the systemless root version of the CF-Auto-Root one-click rooting tool developed by Chainfire. You get the SuperSU app available from the app drawer just the same as you would from using other versions of CF-Auto-Root. The only difference is that applying a hard reset now will full unroot the device whereas before you needed to do it from within the SuperSU app or by flashing a stock ROM on the device.