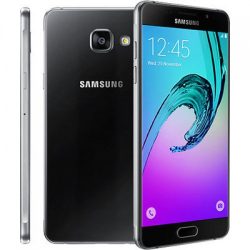 If you have a mobile device that runs on Android, then it’s almost foolish not at least to look into becoming the root user. Windows operating system users already are the root user by default because the term “root user” is referring to being the administrator. If you buy a new computer and are the one who is setting it up, then you are setting up the administrators account.

A lot of people firmly believe that the way Windows chooses to hand over the administrators permissions to the individual who owns the computer is a very good idea. Android developers don’t think such as thing is a great idea and they take away the root user account by default so when you buy a device, you technically are not the administrator of that operating system.

Not being the administrator on Android is often disguised by the fact that you can still install an abundance of applications both from the Google Play Store and many other sources online. But the reality is that you don’t have a say over what is truly installed and uninstalled on the Android operating system and for many people, that’s a problem.

To solve that problem there are developers out there creating ways for people to get in control of that root user account and they make it all happen with root guides or guides that teach you how to root a device such as what we have here with the how to root Samsung Galaxy A5 SM-A510F smartphones article.

HOW TO ROOT SAMSUNG GALAXY A5 SM-A510F RUNNING ON ANDROID 6.0.1 MARSHMALLOW WITH CF-AUTO-ROOT

In conclusion, that is how to root Samsung Galaxy A5 SM-A510F smartphones running on the Android 6.0.1 Marshmallow software updates by flashing the systemless root version of the CF-Auto-Root tool by Chainfire. The root apps are now at your service, and all of them are ready to get installed as soon as your handset reboots back into the normal mode.