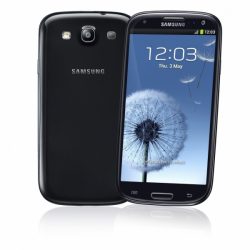 The Google Play Store hosts over a million apps. Many of those apps are enjoyed every day by gamers. Many others are used to help make people live easier lives or to help get access to something that has a practical purpose. There is another side of apps altogether yet again that people find fulfilling and that is developing.

When we hear the word developing we usually think of lots of code and geeks creating the code—code that guys like you or me say a resounding “no thanks” to in the hopes that someone else can handle it and hopefully for not too large of a fee. Developing the Android operating system does not have to be that way, though, and many apps make it easy for everyday people to make tweaks and changes to the existing Android operating system. When those changes are made it to is referred to as developing.

The way the Android operating system is given to us does not allow for any changes to be made to the developmental slide of things because when you develop you need to have access to the lower levels of the system. To be able to develop at all you need to have root access. As soon as you open the doors to having root access on the device in your hands there all of a sudden is no limitations to what you can and cannot do on the operating system—and that means to develop as much as you want until your heart is content.

In conclusion, that is how to root Samsung Galaxy S3 SHV-E210L smartphones running on the Android 6.0.1 Marshmallow software updates by flashing the CF-Auto-Root tool by Chainfire. That is the same guy who developed the SuperSU that people flash from a custom recovery image when they choose to get root access that way instead. In fact, the same SuperSU is also what you see on your device now when it reboots back into the normal mode; the only differences is the way it was installed and enabled.