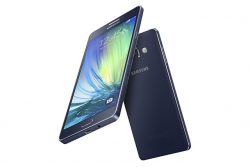 Most people with the Samsung Galaxy A7 smartphones are wanting to use them with maximum privileges so they can be the ones in control of choosing what goes on the device and what is deleted. By default, nobody has the option to do those things, and the operating system comes locked which is a different kind of locked in comparison to the locked people know regarding the SIM card. Simply put, the root user can install thousands of more apps, and they can uninstall any of the apps that are already on the device too. Moreover, developers cannot do anything without root access because it does not give them enough permissions to make any changes.

HOW TO ROOT SAMSUNG GALAXY A7 SM-A700F RUNNING ON ANDROID 6.0.1 MARSHMALLOW UPDATES WITH CF-AUTO-ROOT

In conclusion, that is how to root Samsung Galaxy A7 SM-A700F smartphones running on the Android 6.0.1 Marshmallow software updates by flashing the systemless root version of Chainfire’s CF-Auto-Root tool. You can begin installing any of the root apps—most of which are available from the Google Play Store.