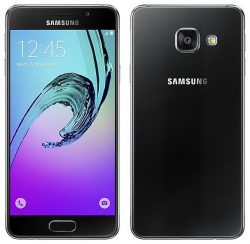 The Android operating system is based on the Linux kernel. Linux is an open source operating system that is a well-known name for desktop environments. Android is similar in the sense that it too is based on open source software which means any developer can take the source code and play with it to create new things. There are two main ways developers choose to change what the current Android software and operating system can do. One of them is by installing a custom ROM, and the other is by installing root apps. The root apps are what you can install once you are in control of the root user account which is what happens what you get root access with a guide such as this one.

In conclusion, that is how to root Samsung Galaxy A7 SM-A710F smartphones running on Android 6.0.1 Marshmallow updates by flashing Chainfire’s one-click rooting tool—CF-Auto-Root. The smartphone reboots back into the normal mode now and then you get a new app which is the SuperSU. You can enter the SuperSU app and check out the settings, but none of them need adjusting before you can use the device as the root user. The CF-Auto-Root tool installed and enabled it completely already, so the smartphone is ready to run the root apps. All you need to do is find and install them, and when you go to open them, a message appears on the smartphone’s display.