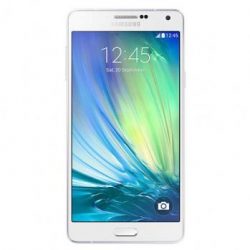 The Samsung Galaxy A7 smartphone runs on Android out of the box, but that version of Android that you get isn’t going to allow for any developing unless you get root access to the lower levels of the system. The person who is in control of the root user account is the person who gets to choose what is installed and uninstalled. Moreover, it gives the chance to install apps that were not available to be installed before. Many of those apps are powerful ones that can do extraordinary things like allow you to change the appearance, features, create a longer lasting battery, clock the CPU frequency differently for modifying the performance and so forth.

HOW TO ROOT SAMSUNG GALAXY A7 SM-A700FD RUNNING ON ANDROID 6.0.1 WITH CF-AUTO-ROOT

In conclusion, that is how to root Samsung Galaxy A7 SM-A700FD smartphones running on the Android 6.0.1 Marshmallow software updates using the CF-Auto-Root tool developed by Chainfire. You now have the SuperSU available from the app drawer since that is what the CF-Auto-Root tool just installed and enabled for the smartphone. It is already working to help grant those rooting permissions over the operating system for you so the root apps can run. All you need to do is find them and install them. Most of the root apps are available from the Google Play Store while a few of the other popular ones are found by doing a Google search for the names.