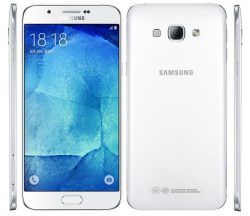 If you or anyone you know has the Samsung Galaxy A8 smartphone and would like to do some developing on it then you have no choice but to become the root user. The person in control of the root user account has the same privileges as when you log int your Windows computers with the administrator’s account. It is then up to you what gets installed and uninstalled instead of being under the thumb of your manufacturer and carrier phone networks—or even Google.

The following lets you know how to become the root user on the Samsung Galaxy A8 SM-A800I smartphone when it is running on the Android 6.0.1 Marshmallow software updates by using Chainfires’s one-click rooting tool dubbed CF-Auto-Root.

HOW TO ROOT SAMSUNG GALAXY A8 SM-A800I RUNNING ON ANDROID 6.0.1 MARSHMALLOW UPDATES WITH CF-AUTO-ROOT

In conclusion, that is how to root Samsung Galaxy A8 SM-A800I smartphones running on the Android 6.0.1 Marshmallow software updates with the CF-Auto-Root one-click rooting tool by Chainfire. The result is you have the SuperSU installed on the phone now just like you would if you were to have flashed SuperSU from a custom recovery image. However, since this method doesn’t involve a custom recovery, it is only useful for the people who wanted to install root apps and not the people who planned on flashing a custom ROM or kernel.