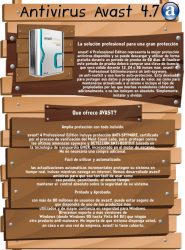 Antivirus software works on our digital devices in a way to protect those devices from programs that would harm the devices programming and often make them unusable. Viruses are also used to obtain information from our computers when we are unaware of it.

If you use any device that connects to the internet, then the rule of thumb is that your device needs compulsory antivirus protection. You may be in for a nasty surprise if your personal information is stolen by an unsavory character, or your personal computer, laptop or mobile phone is rendered unusable by a virus or some malware threat from the internet. Antivirus software works by keeping both your personal information private and your internet devices working safely.

The devices today at risk include your humble personal computer, laptop, Mac computers and lately a lot of Androids. The whole world of antivirus applications is now fast changing, with increasing types of devices being targeted by viruses, Trojan horses, and similar malware.

It is also good to remember that if your computer is infected with a virus you certainly risk infecting other people’s computers when you inadvertently send infected files to them in your daily life and work.

How antivirus software works is that an antivirus program can be programmed to do three types of scans of the hard disk of your personal computer, laptop, Mac or the storage space of your Android.

There are 3 other ways antivirus programs are effective:

The antivirus software works by detecting any malware signatures in the files of a computer, laptop, Mac, or Android. It then shuts down the execution of this harmful program and quarantines it so it becomes harmless.