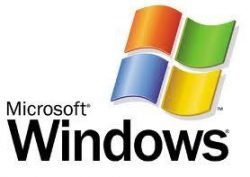 It’s been 30 years since Microsoft introduced their operating system to the world. So, how has Windows changed over the years?

The needs of millions of subscribers to Windows have been continuously served by regular automatic updates released by Microsoft over the years. It needs mentioning here that increasingly better hardware has also helped Microsoft in the evolution of its operating system, which has become the de facto O/S (operating system) for millions of users around the world. The system has continued to be improved and changed over the years.

In 1985, Bill Gates released Windows 1.0, the first version of this O/S that was a GUI (graphical user interface) lying on top of an underlying layer of MSDOS (Microsoft DOS Operating System). The hardware companies that made MSDOS computers adopted this version as the O/S for their machines.

In 1987, Windows 2.0 came along. Maximizing and minimizing Windows, advanced keyboard shortcuts and Windows that could overlap were the new features in this version. The biggest improvement in Windows 2.1, that was released in May 1988, was that this operating system was built to run on a specific inter processor model and so came in 2 versions.

In May 1990, the ability to run MSDOS programs in their own Windows and better memory management techniques arrived with Windows 3.0. The first version to be sold on a CD-ROM, Windows 3.1, was released with superior support for multimedia a couple of years later, in March 1992. This is how Windows changed over the years from the rudimentary version 1 to a superior 3.1 version being sold on CD-ROMs for the first time, then.

The next version of the O/S, Windows 95 was released in August 1995 and brought with it the features of Windows that we are so familiar with today, including the Taskbar and Start button.

The internet was becoming popular around this time in 1998 when Windows 98 was released in May of that year. Besides a lot of improvements in performance, Windows 98 came along incorporating networking software features that were relevant to the internet.

Microsoft then released its worst security riddled version, Windows 2000 for which support was discontinued 10 years later in 2010, as monthly fixes were needed for this version on a very regular basis. Microsoft had marketed this version as a professional and secure desktop program, but this was proven otherwise. The subsequent Windows ME version (released in September 2000) for home users turned out to be a disaster too.

After Windows 98 changed over the years into two disaster filled versions, the next version XP was released in 2001.

Most Stable Until Then

Windows changed over the years again with the release of Microsoft’s most stable O/S, Windows XP, which came out in October 2001. This O/S was fast and easy to use.

This version of the O/S is still used by millions of people in the world today. Windows Vista was released in January 2007, but was not well received because of its gaudy visuals and inferior performance. Windows XP was ruling quite strongly in the market at the time.

Windows again changed over the years from 2001 to 2007 with the release in October 2007, of Windows 7 version, that came out as a tremendous improvement over the issues with Windows Vista, by toning down quite a few graphic effects and more efficiently using the multi-core chips that have become an industry standard today.

Over the next 5 years the O/S changed over the years to Windows 8, which was released in October 2012, and for the very first time, the concept of Live tiles was brought to the PC desktop.

The Live tiles concept was carried forward into the next release of the current version, Windows 10 in July 2015.

So, we have learned that Windows changed over the years from a basic GUI layer over MSDOS (version 1) to the sophisticated tiled version 10, that we use today. With steady improvements, Microsoft programs are the most widely used in the world today.