Keeping passwords, bookmarks, and other things synced across the internet is a pain. There are third-party services like LastPass and Xmarks, but none of them sync all of your data, leaving you with shreds of data across each device. Luckily, Mozilla has seen the problem, and in Firefox 4, introduced syncing of things like history, bookmarks, passwords, and even open tabs across your computers and even your mobile phones.

Setting up your first computer You’ll need to give them your email, a password, and a server to sync to: After signing up for a new account, you’ll be given a Sync Key–a code known only by you and your computer, not theirs, that is used to encrypt all of your data. After seeing your sync key, you’ll be asked if you’re a robot or not. Select what you want to sync and you’re done! To set up additional computers, you’ll need to go through relatively the same process.  Before setting up sync on a new computer, make sure that your data is synced by going to Manage Account>View Quota: After waiting, open up the syncing wizard on the second computer. It will show you a screen with a series of numbers on it. Now go back to your first computer. There, click the Add Device button: Type in the code shown on the other computer: Once it’s accepted you can close the window.  Your bookmarks, passwords, and settings are now on both devices!

Setting up your mobile device 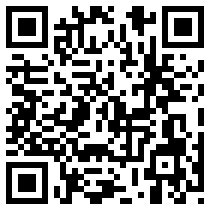 To get all of your synced data on your mobile device, you can simply set up sync on Firefox 4 Mobile on Android or Firefox Home on iOS.

To set up Firefox Home, you simply have to go through the Add Device process above, using the codes given by your iPhone: You can almost instantly view all of your bookmarks, tabs and history! Firefox Sync is a great new integrated way to sync all of your passwords, bookmarks, and most other data between all of your computers–your work computer, your iPod, and your Android phone.  It’s good to see browser makers continue to add cool features that make each browser stand out.