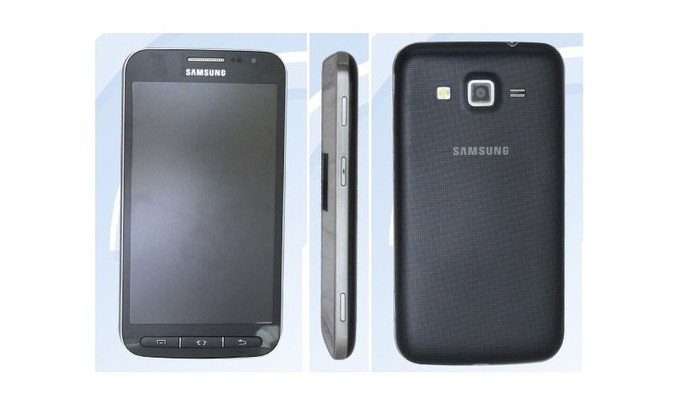 Encouraged by the success of the Galaxy S4 Active, Samsung will launch a mini version for it, following the example already given by the Galaxy S4 Mini model. This new Galaxy S4 Active Mini smartphone will also be smaller, and with less aggressive hardware specifications.

According to information provided by GFXBench benchmark, the phone codenamed GT-I8580 has a chipset with dual-core CPU at 1.2GHz and Adreno 305 GPU, helped by 1GB RAM.

Surprisingly, for a device that should bear the Mini suffix, we are dealing with a quite spacious 4.65 inch screen. Unfortunately the 480×800 pixel resolution is rather modest.

The 8MP camera found in the Galaxy S4 Active model vacate the place for the one of 5MP and 0.3MP front camera complete the set of specifications according to an entry-level smartphone. But judging by the hefty price that the current Galaxy S4 Mini model has, the mere presence of a case that doesn’t touches dust and resistant to immersion in water to a depth of one meter for 30 minutes, could not attract too many fans for the new smartphone. However Koreans from Samsung are based on the success of the already released Galaxy S4 model, hoping that the lower price of the new Mini will attract enough buyers despite its modest set of specifications.