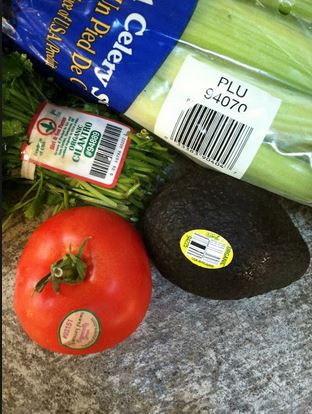 Worried about food borne illnesses? Most people are. Consuming under cooked foods such as eggs and chicken can cause you to become ill with salmonella poisoning. But the biggest outbreaks for the food borne sickness isn’t from chicken or eggs. It’s actually from consuming raw vegetables such as carrots, cantaloupes, and cucumbers. However, scientists are working on a way for vegetables to be tested before they are even sold to the general public.

Physicists at Auburn University are working on a sticker that can be placed on a vegetable and scanned with a handheld scanner. The sticker is being designed to detect the salmonella bacteria and sound an alarm on the scanner if it is present.

Sounds neat, but the pressing question is how does it work? The sticker has a sliver of metallic glass which is covered with phage E2. This covering is on the side that is placed on the food. Phage E2 is a genetically engineered virus that will only stick to the salmonella bacteria. The handheld scanner contains a coil that creates an oscillating magnetic field. This field causes the glass to vibrate and the scanner measures that vibration.

When the phage E2 virus has attached to salmonella bacteria the glass will be heavier, casing the vibration frequency to change. This change causes an alarm to sound.

The sticker can keep contaminated food from hitting the store shelves but it won’t prevent you from accidentally cross contaminating the food once you get it home, so you should always practice safe food handling procedures. Also because chicken and eggs can carry the bacteria inside rather than on the surface the sticker wouldn’t really work on these foods so you should be careful when handling raw eggs and chicken and cook them fully.