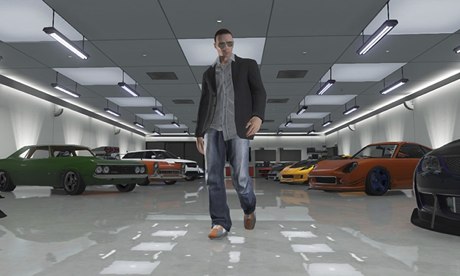 GTA 5, which was released in late September, was a massive success and made over a billion dollars in just a few days. It also garnered critical success and there are many who consider it to be 2013’s game of the year, maybe even one of the best games ever made.  It’s online component, which went online two weeks later, suffered a plethora of problems.

To those familiar with MMOs and the fact that they often have rocky starts, it comes as no surprise that GTA Online suffered many of their own. Part of the problem can also be attached to the success the game received and the sheer numbers of people trying to get online at the same time once it was activated. Still, the problems did cause quite a bit of trouble for the players. The worst of which was player’s losing their character early on, and also not being able to sign in at all. Or if you did actually get into the game, it was quite common to go through the character creation, then the intro, and get stuck just before the first tutorial race.

So as an apology and reward for sticking with the online version, which can be very fun, Rockstar is giving each player who went through that initial and problematic month $500,000 in game currency, and the payments will be made in two lump sums of $250,000. Though this move as well has drawn criticism, some believing that the injection of cash into a large population of the game will unbalance it.