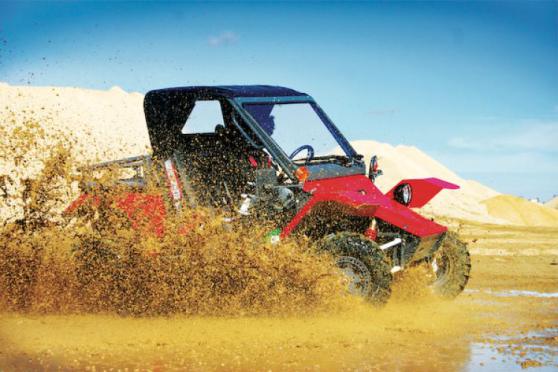 You can now buy a car using Bitcoin, though the selection right now is limited to vehicles of the off-road variety.

The Tomcar, which is a company and name of it’s all-terrain vehicle, has now decided to allow those who wish to purchase the vehicle the ability to use Bitcoin as a choice of currency. The currency has been growing in popularity as of late, and even its use in former sites such as the Silk Road have not slowed down it’s popularity.

Tomcar, which only sells its vehicles online, believes this is a new and innovative way and that such methods should be embraced. “As Australia’s first new mass production car manufacturer in over 30 years, our business is based on disrupting the old system,” said David Brim, the company’s CEO. “To be a truly innovative auto manufacturer, it needs to be about more than what you make. It needs to transfer through the entire company system, your supply chain distribution, and now even payment systems such as Bitcoin.”

The Tomcar, which can be purchased at their website here, uses Coinjar to determine what the exchange rate of Bitcoin will be. Coinjar is a very new company, also based in Australia, and they “bridge the divide between digital currency and the dollars in your wallet” according to their website.

Asher Tan, aside from having a very cool name, is one of the company’s co-founders, and believes that Bitcoin is becoming a force to be reckoned with. “The Bitcoin economy is here. It’s become an increasingly mainstream currency, with companies such as WordPress and Chinese internet giant Baidu accepting it. Australia is one of the largest markets for Bitcoin users outside the US, and it makes excellent sense to respond to that growing demand.”