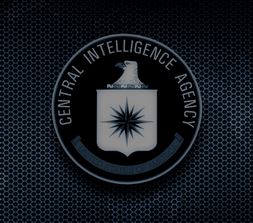 The National Security Agency (NSA) isn’t the only US government group keeping tabs on the American populace, it seems that the Central Intelligence Agency (CIA) is also keeping out at least an eye on what you are doing financially. The CIA is reportedly building a database that tracks international money transfers and this database is filled with the financial and personal information of millions of Americans. Essentially, anyone who has transferred money from the US internationally may end on the CIA’s list.

By using the same provision of the Patriot Act that the NSA has exploited time and again, the CIA is getting data from money transfer companies such as Western Union. The Foreign Intelligence Surveillance Court, the same secret national security court used by the NSA, has authorized the data collection.

According to the Wall Street Journal, the CIA’s surveillance program was discovered over the summer by some American lawmakers. The lawmakers raised concerns over the occasional use of US social security numbers as a way to tie financial activity to an individual. But those concerns seemingly are moot in the internet of national security: according to government officials, the CIA’s surveillance has helped to track financial activity related to terrorists.

For those who worry about the privacy aspect of this massive data collection, operations under the Foreign Intelligence Surveillance Court requires “strict compliance with the law and with those court orders,” according to a US intelligence official. The court orders include a limit on how long data may be kept, special training for those who have access to the information, and bar unauthorized searches. However, as I’m sure we all know, abuses are a given and intelligence agencies don’t always listen to courts.

For better or for worse, the line between privacy, rights, and national security is getting more blurry day by day.

[via All Things Digital, via Wall Street Journal]