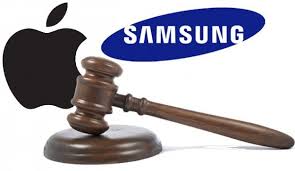 The “tag and fight” keeps on going between Apple and Samsung. Sometimes competition goes far higher than just markets, such as courtrooms. In the latest series of “Apple versus Samsung” in the “courtroom arena,” pun intended, Samsung has to pay Apple an additional $290 million in damages according to the verdict passed by the jury this afternoon. This payment of $290 million will be on top of the $600 million that Samsung has yet to pay according to the verdict passed last year in August.

Samsung contended to pay only $52 million, as it believed the said amount to be the maximum payment for patent infringement, and Apple strove to receive a total of $380 million.