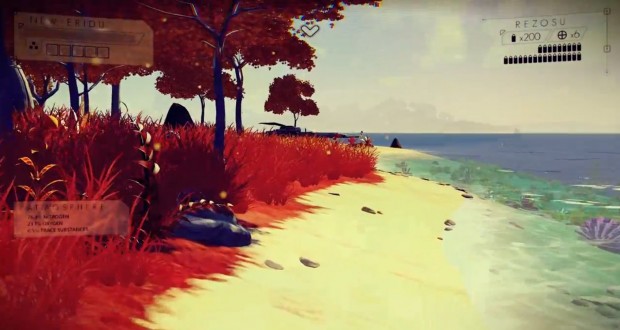 During the weekend, the annual VGX (formerly VGAs) was streamed across a variety of websites online. What used to be known as the Video Game Awards has always featured much more than acceptance speeches, and is known mostly for all the new trailers and big game announcements.

One of these announcements was a game called No Man’s Sky from developer Hello Games, which previously made Joe Danger. It was a surprise in that nobody had seen the game coming (no rumors or teases of any sort prior), but that a studio made up of no more than four guys could come up with something so epic in scale. No Man’s Sky is being called a procedurally-generated space exploration sim. The procedurally-generated part comes from the fact that the game’s worlds, lifeforms and environments are all generated by the computer, as opposed to being designed piece by piece. The randomness and unpredictability that this introduces feeds perfectly into the concept of an exploration sim as well. There are ships to fly, galaxies to explore and everything else you might want from a sci-fi video game.

That’s the description the developers have given the game. Unfortunately, if that gets you excited, you might be waiting awhile. No announcement was made regarding platforms or even a vague release date, which suggests it could be sometime before we’re off exploring unknown planets. Here’s hoping Hello Games releases more info soon on this exciting new game.