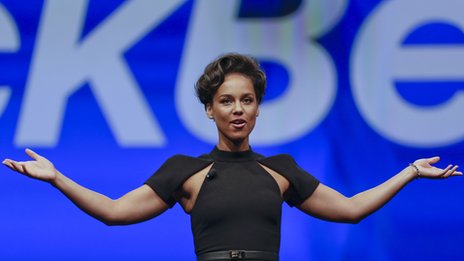 It seems Alicia Keys’ time as Blackberry’s global creative director is coming to an end after just a year.

It hasn’t been a great year for Blackberry. They tried to go up against the now mobile heavyweights of Samsung and Apple with the Blackberry 10, but the company ended up receiving losses close to a billion in their second quarter. It also failed to find anyone willing to buy the company. Since then it is looking to mix up its business strategy and that includes leadership roles like Keys.

According to an statement sent from Blackberry in an email, they “have enjoyed the opportunity to work with such an incredibly talented and passionate individual.”

In her year with company Key’s worked on the project called “Keep Moving”, in which celebrities like Neil Gaiman and Robert Rodriguez used their Blackberry 10 to collaborate with fans. She also worked with Blackberry on a programme designed to give scholarships to women who wanted to study mathematics, technology, engineering and science.