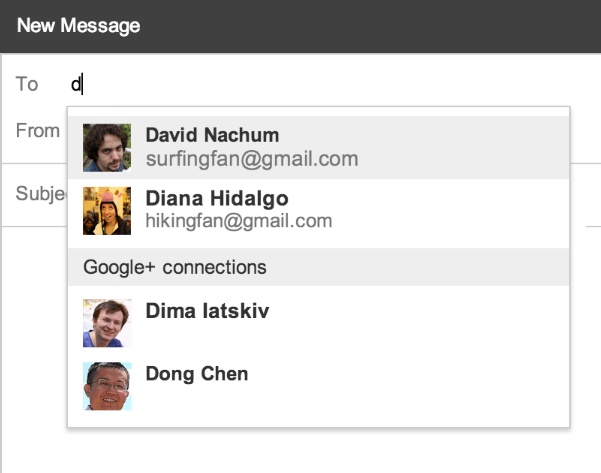 A new feature added by Google will allow anyone with a Gmail and Google+ account to send emails to anyone else on the social network.

More specifically, a new feature by Google integrates Gmail and Google+ as such that, when creating a new email in Gmail, you are giving the option to send emails to people on Google+. The catch here is, you don’t need to know the email address of the Google+ person you are sending an email too — and someone sending you an email over Google+ doesn’t need to know your email.

For this feature to work, and for you to receive emails from other Google+, you need both a Gmail and Google+ account. And Google says your email is not given out to Google+ users until you reply to a message you are sent.

This has brought up concerns over privacy, with some people saying it will allow Google users to be reached by strangers.

“There is a strong echo of the Google Buzz snafu,” said, Marc Rotenberg, who is the President and Executive Director of the Electronic Privacy Information Center (EPIC). Google Buzz was an earlier version of Google’s network which when it first came out made it possible for anyone to view a Gmail’s user’s contacts online

Google, however, believes that their new feature will make it easier for friends to connect with each other.

“Have you ever started typing an email to someone only to realize halfway through the draft that you haven’t actually exchanged email addresses?” David Nachum, Google’s Product Manager, wrote on the Gmail blog. “You’re in luck, because now it’s easier for people using Gmail and Google+ to connect over email.”

This new feature will be rolling out to everyone over the next few days and you will get an email from Google when it goes live for you. The email will include a link that allows you to opt out.