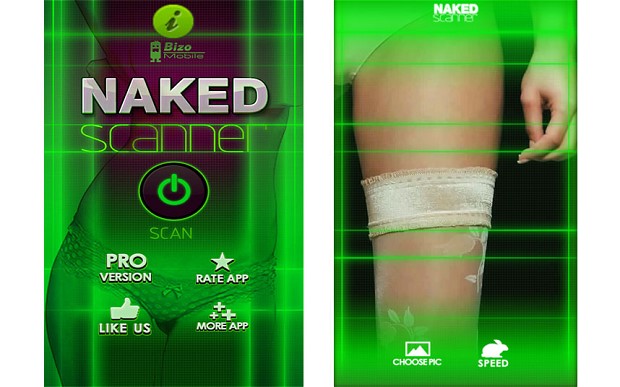 An advertisement for the Nude Scanner 3D app has been banned by the UK’s Advertising Standards Authority (ASA).

The advertisement first appeared on Channel 4 and in between episodes of Hollyoaks and the app was marketed in the ad as a way to “prank your friends to think you can see what any of them look like without clothes on”.

The caused the ASA to receive 26 complaints, mostly related to the fact that the advertisement was aired when teenagers and young kids were watching.

“Because the ad focused on the product’s apparent ability to enable the user to view naked images of women using the camera on their phone,” the ASA said,” and had a prolonged focus on the female model, we considered it was unsuitable for a child audience and was likely to be viewed as demeaning to women and, therefore, offensive.

“Whilst younger children may not understand the references to a ‘nude scanner’,” they added, “that was unlikely to be the case for older children and we considered them to be the group most likely to have been interested in downloading the app.”

The developers of the app, Jesta, who also use the name Jamster, have pulled the ad after all the complaints started.

[via The Telegraph, The Guardian]