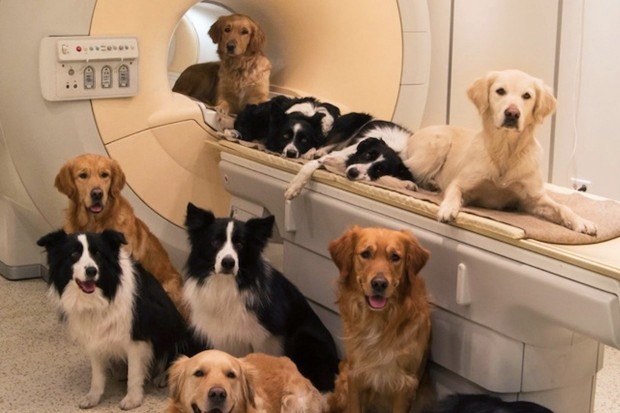 A new study, which focused on brain imaging, found that the brains of dogs and humans process emotion and voices in a similar manner.

For the study, 11 dogs and 22 humans underwent fMRI scans, and while they were being scanned, sounds were played for them. The brains of both humans and dogs responded to sounds made by their own species in similar ways.

“What makes us really excited now is that we’ve discovered these voice areas in the dog brain,” said Attila Andics, comparative ethologist, Eötvös Loránd University in Hungary, lead author of the paper. “It’s not only dogs and humans. We probably share this function with many other mammals.”

This is also interesting because of the fact that humans and dogs share a common ancestry a hundred million years ago, meaning that the brains of other mammals that humans share an ancestry with may work in a similar manner.

“It’s not a surprising finding, but it’s an important finding,” said Marc Bekoff, who is a cognitive ethologist and author as well.