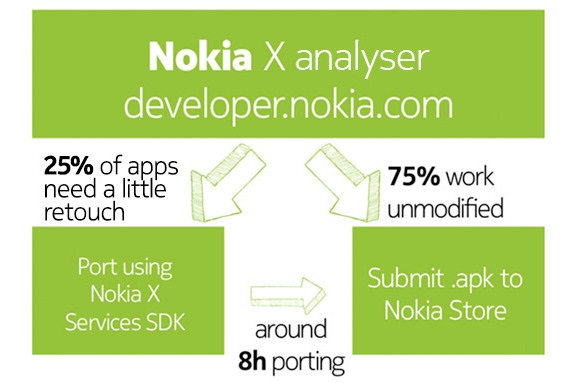 All the three devices have low specs and are using Nokia’s forked version of Android without Google Services which means that the device will not support Google Play Store application. However, Nokia already started attracting developers by re-assuring that 75% of all Android applications are compatible with Nokia X and can be submitted to the Nokia Store. The remaining 25% of incompatible applications need a little touch which can be ported to the Nokia X using the Nokia X Services SDK and the porting process takes around 8 hours to be completed. While Nokia informed that it’s possible to sideload APKs on the Nokia X, the company is trying to attract developers to submit their APK apps to Nokia’s own App Store.

If you’re a developer, you can test your app’s compatibility with Nokia X by visiting this link. What do you think of Nokia’s newly launched Android-based X series smartphones? Do you think Nokia would be able to attract developers to its own App Store platform? Let us know in the comments below