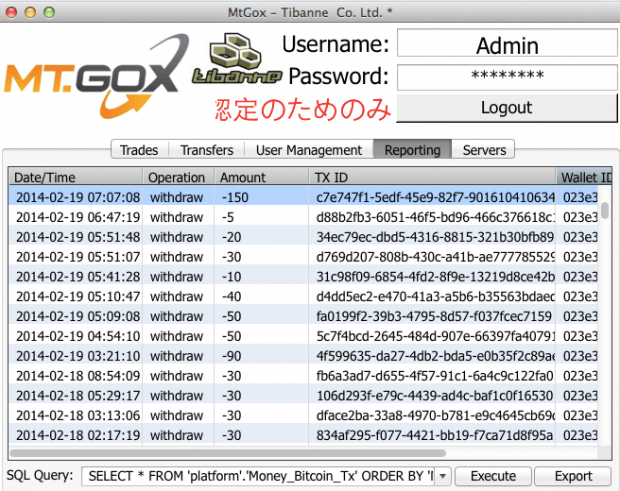 Hackers, who are remaining unidentified at this point, claim that they have proof that Mt Gox has actually kept the bitcoins they claim to have lost in February.

Last month Mt Gox claimed that 744,408 bitcoins were stolen from them and this is the main reason that they closed and are now potentially facing lawsuits. An undisclosed number of hackers then broke into Mt Gox’ servers as well as the personal blog and Reddit account of CEO Mark Karpeles. That is where they supposedly found this evidence.

The information that they stole includes a file which claims that Mt Gox still has 951,116 Bitcoins, or roughly $595 million.

“It’s time that MTGOX got the bitcoin communities wrath instead of [the] Bitcoin Community getting Goxed,” hackers wrote in response to this hack.

Mt Gox has not responded to this yet, though they are warning people on their website that there are those posing as Mt Gox and sending out phishing emails.