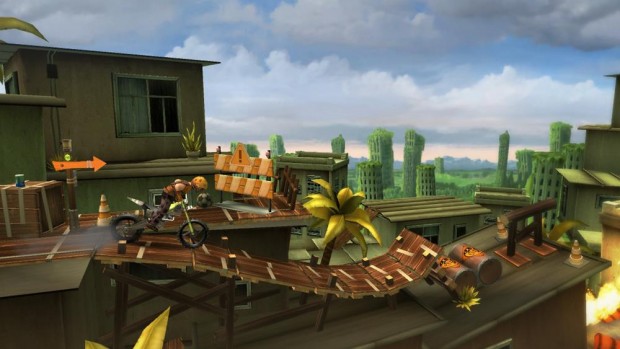 Finally the popular Trials game franchise is coming to iOS and Android platforms with the upcoming Trials Frontier. The iOS versions will be available on April 10, while the Android release will come at a later, unspecified at this time, date.

The game will be free-to-play and as its title suggests, it will take place in a lawless vista, after civilization has fallen, in a world that is very similar to life after the Neolithic Revolution. So you better get ready to see a lot of canyons and rock formation in the backgrounds while you drive through the death-defying courses that have made the franchise so popular.

It will also take place after the events in the upcoming Trials Fusion game, which is arriving on April 16, and will be playable on Xbox 360, Xbox One, PlayStation 3, PlayStation 4, and also Windows PC, though the PC version will arrive a bit later on April 24.