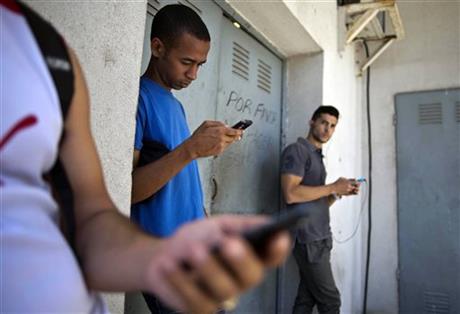 ZunZuneo, the ‘Cuban Twitter’ which at one point had as many as 40,000 users, was actually created in secret by the United States government as a way to eventually inspire unrest in the Cuban population. The idea was to try and cause enough unrest to have the Cubans overthrow the Castro government.

The program was run by the U.S. Agency for International Development (USAID) and Joe McSpedon was in charge of it. He and his team put in place the ZunZuneo network, essentially creating a Twitter for Cuba that its citizens could access through cell phone text messaging.

The ZunZuneo service officially started in 2010 and ran for roughly two and a half years before funding for the project was cut.

Obviously officials in Cuba are less than pleased.

According to Josefina Videl, who works at Cuba’s Foreign Ministry as director of U.S. Affairs, the ZunZuneo initiative “shows once again that the United States government has not renounced its plans of subversion against Cuba, which have as their aim the creation of situations of destabilization in our country to create changes in the public order and toward which it continues to devote multimillion-dollar budgets each year.”

“The government of the United States must respect international law and the goals and principles of the United Nations charter and, therefore, cease its illegal and clandestine actions against Cuba, which are rejected by the Cuban people and international public opinion,” she added.

What I want to know is, isn’t USAID supposed to be a program used to help people across the world and to enhance the image of the United States? I mean, yeah, the US government tried to indirectly overthrow the Cuban government. That isn’t very surprising to me; after all, it is (unfortunately) very normal for countries to try to sabotage each other and I’m sure the Cuban government has, in the past, tried to do the same to the US (with its very limited resources). What is, however, surprising is USAID was used for this purpose. You’re essentially ruining the work achieved by USAID by partaking in such covert operations. You’d think the government had more brains than to throw dirt on one of the few agencies working to enhance our image worldwide. How do you like our “aid”, Cuba?

Anyway, I’m off my political soapbox. Back to tech.