Don’t be fooled by this so called Personal Antivirus! If you ever downloaded this program to use as a defender of your computer, you were tricked. It is like a thief getting himself into a police station and pretending to catch other thieves.  Even if you’ve never heard of Personal Antivirus before, now you can be aware that it is actually a virus. Personal Antivirus camouflages itself as an antivirus software and does the same thing that others do such as scanning, stopping program’s processes, upgrading, and so forth. It creates a bunch of fake scanning results to trick you into wanting to remove the threats by purchasing this “Personal Antivirus” software.

Here is how the Personal Antivirus looks. 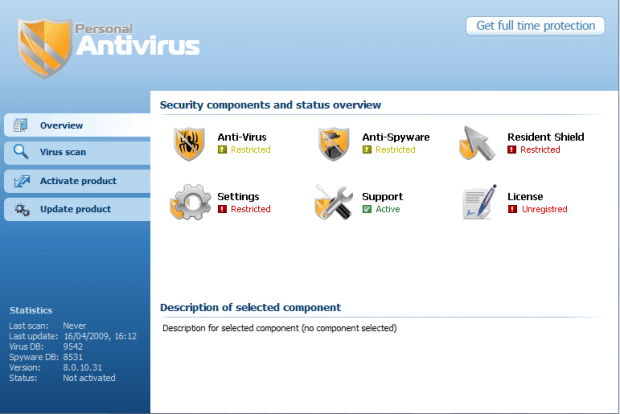 People can easily be tricked by the interface, which resembles Window’s Defender. Personal Antivirus will tell you that your computer is infected by viruses (of course!) and it will stop other antivirus software from rescuing your computer.

After that, hand the job over to Malwarebytes. You just need to turn Malwarebytes back on and scan your computer, after you have run SpyHunter, and it will take care of the rest.

I have to say that Personal Antivirus is a very creative virus. But as long you read this article you will have the solution to fight against it.