How many dotTechies know what a disc image is? Most of us properly either know what it is, used one before, or have at least heard of it. If I asked this same question, say, 3-4 years ago, most of us probably would not have known what a disc image is or even heard of a disc image. Why? Because only until recently have legitimate activities/software involved the use of disc images; in the past disc images were popular mainly in the dark corners of the internet – they made (make) pirating software a lot easier. Ripping a software off a CD into an ISO and uploading it onto the Internet so someone else could download it and burn it onto another CD or install wasn’t (isn’t) a hard task. (Although, who really buys software that comes with discs nowadays? I mean, seriously, it is all about the shareware [or freeware] – download, install, and go. There is no need to make a trip down to your local Best Buy for something you can download off the developer’s website.) However, as I just mentioned, nowadays disc images is a technology that is becoming increasingly popular among mainstream computer users. So, one needs to be well equipped to handle a disc image shall one ever show up at our door step. 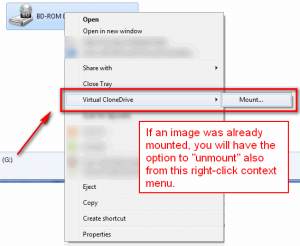 Virtual CloneDrive gives users the ability to have up to 15 virtual drives at a time; this option can be controlled via the “Settings…” you see in the above screenshot: 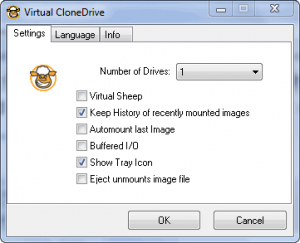 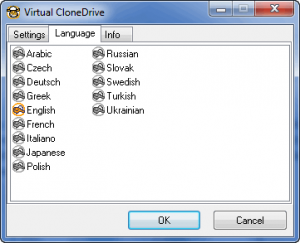