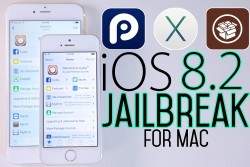 Now that we are starting Q2 in 2015, it’s not long until a potential iOS 8.2 jailbreak is officially out by one of the leading jailbreak teams. For the most part, the fans installing the jailbreak don’t care who that is as long as they can opt out of the Chinese app store and end up with the real Cydia in their iDevices, there isn’t any problem.

Even though most people with an interest in jailbreaking their Apple devices have probably tried at least once by now, there’s still a great deal of people out there in the world who don’t know what Apple thinks about jailbreaking. The general consensus is that they hate the idea because it breaks open their business plan, stops revenue streams from their default apps and so on, but is there more to the story?

Thanks to a new iPhone policy online written by Apple, we can now get a proper explanation on what Apple thinks about jailbreaking and if Apple don’t mind if we jailbreak our devices. The results are surprising. Here’s the quote by them:

Making unauthorized modifications to the software on an iPhone violates the iPhone software license agreement. The common term for modifying an iPhone is jail-breaking, with a particular emphasis on the second part of that term. That’s why we strongly, almost emphatically, recommend that you do not do so. Really. Should you be unable to use your iPhone due to an unauthorized software modification, its repair will not be covered under the warranty.

So there you have it folks! Apple’s stance on jailbreaking is more about voiding the warranty because of software concerns than it is anything else. It doesn’t appear as though they care about the Cydia app store and people making money from other options that aren’t the default app store that Apple gives us on our iPhones, iPad and iPod Touch’s.

Furthermore, even though they say they don’t like it, your heart should rest easy knowing that it’s only because they don’t want to have to deal with the warranty repairs. That’s easy to understand, we wouldn’t either.