To get started, just add PinMe to Windows Vista/7/8 from here. Click the arrow button on that page to save its RAR. You can extract the RAR with the freeware 7-Zip utility for Windows. Then run the software from the extracted folder. When the program is running, you’ll find a PinMe icon on the system tray as shown in the shot below. 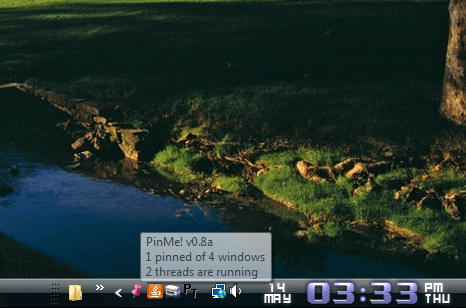 Open a few software windows and right-click the PinMe icon to open its menu. The menu lists all the application windows as shown below. Now click on a window listed there to pin it. Pinned windows include a padlock icon beside them, and you can pin more than one window. 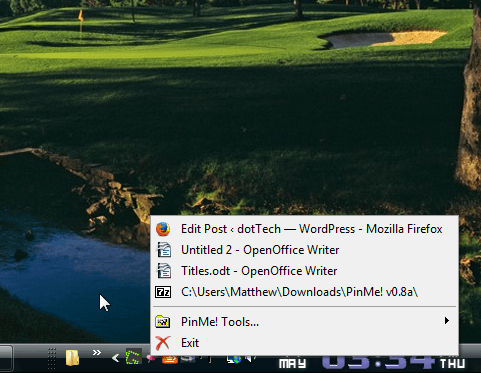 Now you’ve pinned a window, try opening other windows over it. Your pinned window will remain on top. As such, none of the taskbar’s minimized windows can be opened over the pinned window. 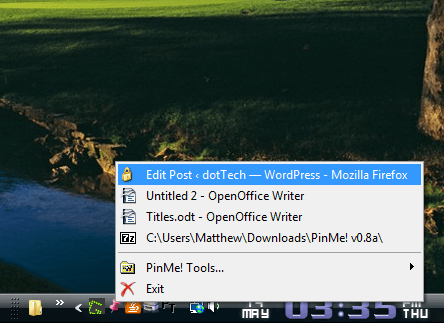 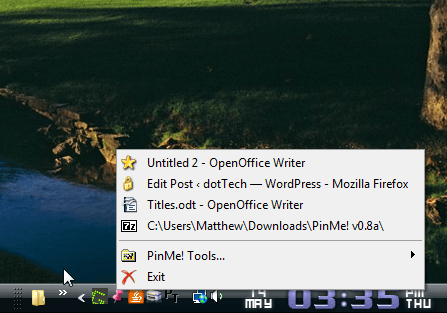 So with PinMe you can now pin desktop windows so that others don’t open over them. In addition, the software also includes screenshot tools to capture snapshots of the desktop with.