The same team who are responsible for compromising potentially up to 500 million Android devices have been reportedly caught adding malware on Windows PCs in an unusual turn of events. The developers who call themselves ‘Hacking Team’ were hacked themselves of late, and the hackers exposed several hundred GB’s of data on the web, some of which is now under investigation by expert security teams. Within the information we have learned that the ‘Hacking Team’ are hackers available for hire and have completed probably countless hacks on computers while working as freelance hackers.

The hack was severe enough for Microsoft and Adobe to both issue updates to fix vulnerabilities after their information was leaked in the same documents. Additionally, the team who created this free tool we are using, called Milano, is also known for working closely with the FBI over previous malware situations.

With that news coming out around a week ago now, some other developers have created a tool which can inspect your PC and check out if it has been infected with the ‘Hacking Team’ malware. The extent of the malware infections floating in PCs is unknown, and if you are thinking it’s unlikely your computer is infected there is probably some merit to that. Still, if you want to check your status, you can easily do it by following our guide. Here’s how:

2. Right-click over the file and extract it to the desktop of the computer.

3. Browse the folder for the executable file inside, after unzipping it — that’s the file ending with .exe.

4. Double click to run the program and you’ll be greeted with a screen similar to this: 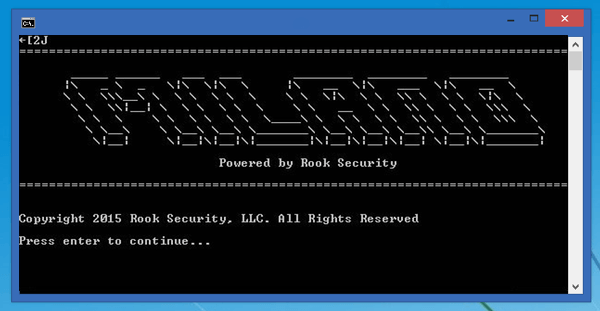 5. There are no commands you need to enter from the command prompt-esque user interface. You will see two options; a quick a scan and a thorough scan.

6. Choose one of the two options with whatever suits your current situation, although we recommend running the deep scan when you have time.