System Restore is a feature that has been included since Windows ME (yeah, you read it right). In case you don’t know what this is, it’s a system component that creates a copy of your system, called a Restore Point, so that you can revert back to that copy when the system encounters serious problem in the future. I can’t say enough how useful it is but it has saved me countless time. It’s a time machine of Windows.

In Windows 10, System Restore is still there but Microsoft somehow decides to turn it off by default on a fresh install of the new OS.

How to turn on System Restore in Windows 10 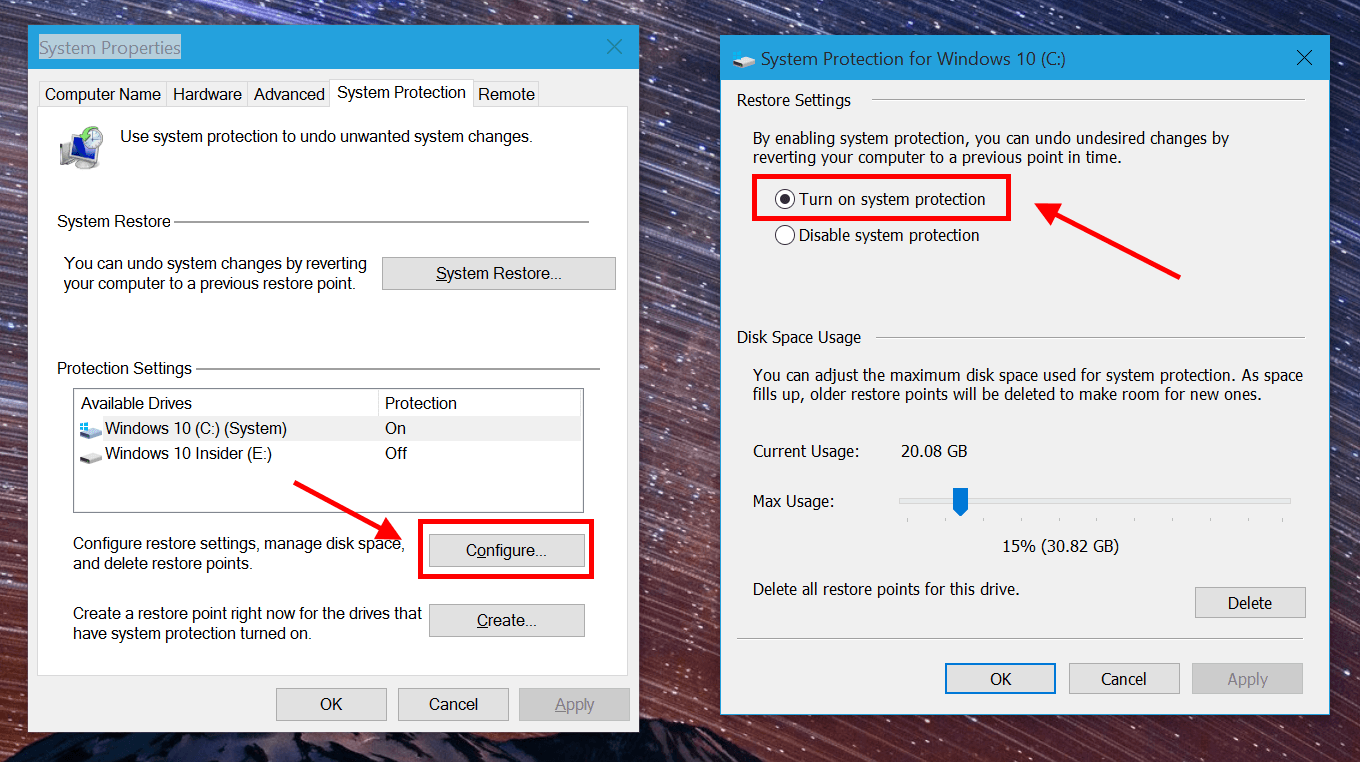 How to create a Restore Point

In the System Restore window, just click Create button to create a restore point. You’ll need to name the point also. Wait for a while and that’s all you have to do!