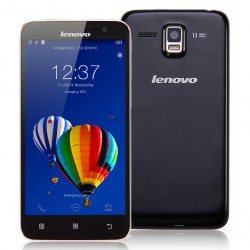 The Lenovo A806 Golden Warrior A8 is a smartphone released during 2014 running Android 4.4.2 KitKat out of the box. If you want to stay loyal to the Lenovo brand, and yet, don’t want to break a budget, the A8 is a smart choice since it’s available for under $200. The only problem with buying the cheaper handsets is that sometimes they don’t always get the latest software updates. There’s a way around that. With root access, we can sometimes install the latest software update, thanks to unofficial builds that arrive by third-party developers. If you do root Lenovo A806 Golden Warrior A8 on Android 4.4.2 KitKat and don’t find any new software updates boosting your OS to Android 5.0 Lollipop, you can still install those cool root-requiring apps from the Google Play Store. Without root access, you are only able to install the official apps available form Google Play; however, there is still another world to open up with endless opportunities with third party apps you need to explore. Hacking the internal system by rooting the Lenovo A806 Golden Warrior is the sure way to make that happen.

HOW TO ROOT LENOVO A806 GOLDEN WARRIOR A8 ON ANDROID 4.4.X KITKAT

The following guide is not working. We will update the guide when we hear of a working rooting method for this device.

Now you can install a custom recovery on the Lenovo A8 A806 smartphone.