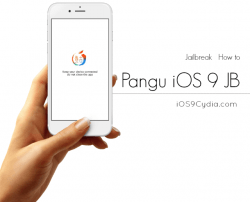 While most are just grateful to have a jailbreak released, it doesn’t change the fact that the latest iOS 9 Pangu jailbreak is far from a perfect release. Many people are finding the Pangu jailbreaking tool is giving bugs after the installation. One of those bugs in particular is the Cydia app not opening and crashing. The following guide shows you how to fix Cydia not opening and/or crashing after installing the Pangu iOS 9 jailbreak on Apple devices.

For most, having a Cydia app that doesn’t operate is far less than ideal since using the Cydia app is one of the main reasons to have a jailbreak running. It’s from within Cydia that we install tons of Cydia tweaks and new themes. So, rather than giving up and removing the jailbreak on your device, you should try fixing the Cydia crashing on Pangu 9 problem by following this guide.

HOW TO FIX CYDIA NOT OPENING AFTER THE PANGU 9 JAILBREAK

Nice one; now that you know how to fix Cydia not opening or crashing after the Pangu 9 jailbreak, you should have no more problems.