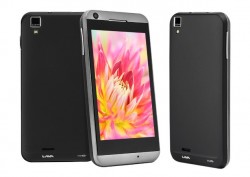 Rooting the Lava Iris 405 smartphone is easily done thanks to the Framaroot application. With Framaroot, we have a simple one-click rooting solution for many smartphones. Rooting your Android device with Framaroot will bring the same results as any of the other rooting methods. Once done, you can install all of the apps from the Google Play Store and other APKs coming from the official developer websites. Just make sure you are installing APKs from the official websites of those developers and not fake websites with malware. Your device is more vulnerable to malware with root access and that’s why you need to be careful what you install. As long as you don’t click anything you shouldn’t, your Lava Iris device will stay as safe as it was without root access.

HOW TO ROOT LAVA IRIS 405 SMARTPHONES USING THE FRAMAROOT APPLICATION