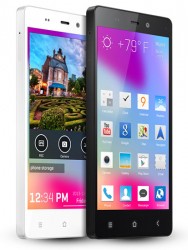 Did you root the Blu Life Pure but now wish you hadn’t? You can easily unroot the said device by using the Framaroot application so long as you rooted with that same application. Once you unroot Blu Life Pure devices, you cannot continue installing the root-only apps from the Google Play Store. You can, however, install any of the usual apps you were installing after first opening your device out of the box.

HOW TO UNROOT BLUE LIFE PURE