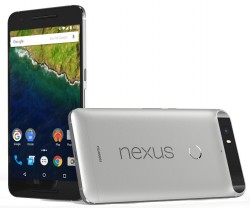 Those looking for a new Nexus device shouldn’t look past the Google Nexus 6P handset. Once you own the Nexus device, it wouldn’t be right unless you started to think about customizing it since they are the world most customized devices. The first thing you must do when customizing a device is unlock the bootloader. Once you unlock the bootloader on the Google Nexus 6P, you can then go on to root the device and install a custom recovery.

Most Android devices come with this special mode called fastboot mode or bootloader mode. Both fastboot and bootloader terms mean the same thing. When we use fastboot mode we use it to flash partitions and updates. That means the same fastboot mode is also useful for those wanting to apply firmware updates.

HOW TO ENTER FASTBOOT MODE ON GOOGLE NEXUS 6P

All of you should have no problem entering fastboot mode on Google Nexus 6P devices after reading the guide.