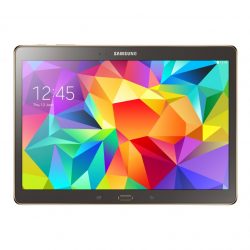 If you really want to take control over the Android operating system that is running on your Samsung Galaxy Tab S 10.5 SM-T805W tablet that is running on the Android 5.0.2 Lollipop software update then what you want to do is root it. By rooting it, you are becoming the root user which is another way of saying taking control of the root user account which always exists in Android but is taken away from you by default by Android developers.

There are plenty of debates about whether it is right or not to sell Android with the locked root user account since the root user to Linux is what the administrator is to Windows and Windows operating systems always allow the owner to be the administrator. In an attempt to stop people from installing malicious downloads, Android has decided that nobody will get that root user account by default and you need to work for it to unlock it.

The following is what you need to root Samsung Galaxy Tab S 10.5 SM-T805W tablets that definitely works if you are running on the Android 5.0.2 Lollipop software updates.

FEW NOTES BEFORE WE BEGIN

In conclusion, this is how to root Samsung Galaxy Tab S 10.5 SM-T805W tablets that’s running on Android 5.0.2 (a.k.a. Lollipop) software updates by flashing the CF-Auto-Root tool. As soon as the tablet does reboot back into the normal mode, you can then begin installing any of the root applications that you hoped to try.