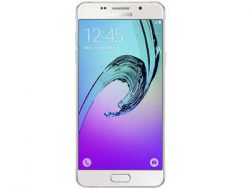 The Android operating system that you get running on the Samsung Galaxy A7 smartphone is great, but it is also a locked operating system so if you did not think it was great or there was something you wanted to add to it you are not able to do that by default. There is a way that you can become the administrator of the operating system, and that is by becoming the root user. The person who is in control of the root user account is the person who gets to decide what is on the device and what is taken away. The way you can get in control of the root user account is by getting root access to it.

HOW TO ROOT SAMSUNG GALAXY A7 SM-A710K RUNNING ANDROID 6.0.1 WITH CF-AUTO-ROOT

In conclusion, that is how to root Samsung Galaxy A7 SM-A710K smartphones running on Android 6.0.1 Marshmallow software updates by using the CF-Auto-Root tool. The CF-Auto-Root is a one-click rooting tool that just temporarily installed a modified cache and recovery so that the SuperSU could be successfully installed and enabled. When the smartphone reboots, you are then able to see the SuperSU available from the app drawer. You can start installing any of the root applications that you wanted to try . Most of them are available from the same Google Play Store that you already know.