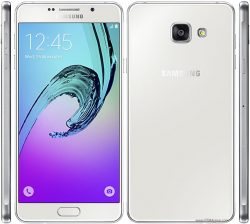 If you want to do any kind of developing work on the Samsung Galaxy A7 smartphone, then you need to have the lower level system access that allows you to make changes to the software and operating system. The way to get that lower level access is by becoming the root user and getting control of the root user account. The root user on Android and Linux is the same as the Administrator on Windows and Mac where you are the one in control over what is installed and uninstalled.

HOW TO ROOT SAMSUNG GALAXY A7 SM-A710M RUNNING ON ANDROID 6.0.1 MARSHMALLOW WITH CF-AUTO-ROOT

In conclusion, that is all you need to root Samsung Galaxy A7 SM-A710M smartphones running on Android 6.0.1 Marshmallow updates. You just got the root access by flashing the CF-Auto-Root tool which has just installed and enabled SuperSU on the device. You can see the SuperSU as an application when the device reboots back into the normal mode. You can enter the SuperSU app and check it out, but you do not need to do anything to it to start using the root apps. It is already fully enabled for you. Just find whatever apps you wanted to install and then accept the prompt on the screen when you try to run them for granting the root access.