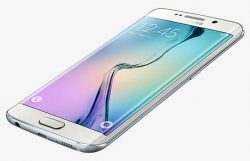 You can get access to the root user account that exists on Android so you can then have access to all commands and all files on the system. That is what is referred to as having root access on the Android operating system.

Here is how to root Samsung Galaxy S6 Edge SM-G925R4 handsets running on Android 6.0.1 Marshmallow by flashing the CF-Auto-Root tool by Chainfire:

In conclusion, that is all you need to have root on the Samsung Galaxy S6 Edge SM-G925R4 device when it is running on the Android 6.0.1 Marshmallow software updates by flashing the right version of Chainfire’s one-click rooting program that he named CF-Auto-Root. The rooting tool has just used Odin to get the SuperSU installed and enabled on the smartphone. It did have to install a modified cache and recovery temporarily to help get that done but none of that exists on your device anymore. The only difference is you now have the SuperSU app.